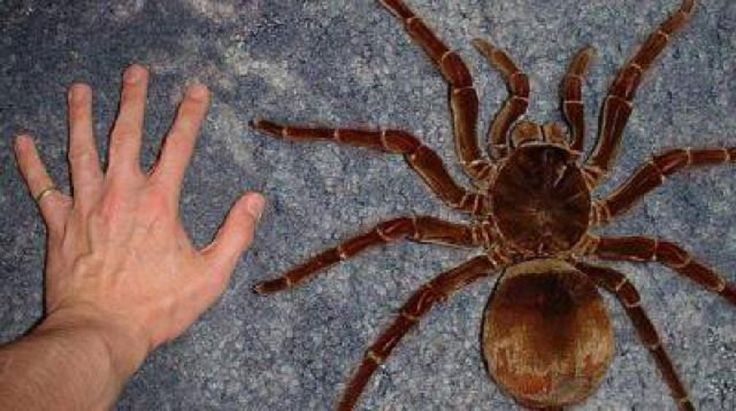 The Goliath Birdeater is the largest tarantula in the world, and it gets its name because of its massive size, and because it is literally capable of eating entire birds.

However, because they are so close to the ground, it is rare that they are actually able to snag a living bird in the wild, but it has happened.

The spider’s diet consists primarily of other large arthropods, worms, amphibians, as well as a variety of insects, rodents, frogs, toads, lizards, and even snakes.

They may look scary, but experts say that tarantulas are not much of a threat to humans, and will rarely ever attack a human without any provocation.

However, these spiders will attack a human if it feels threatened, so it is best to be extremely cautious in the rare chance that you would encounter one in the wild.

The Goliath Birdeater is a fascinating species that is very unique in the wild. The species has some interesting capabilities, such as the regeneration of limbs, and its massive size when compared with other spiders. 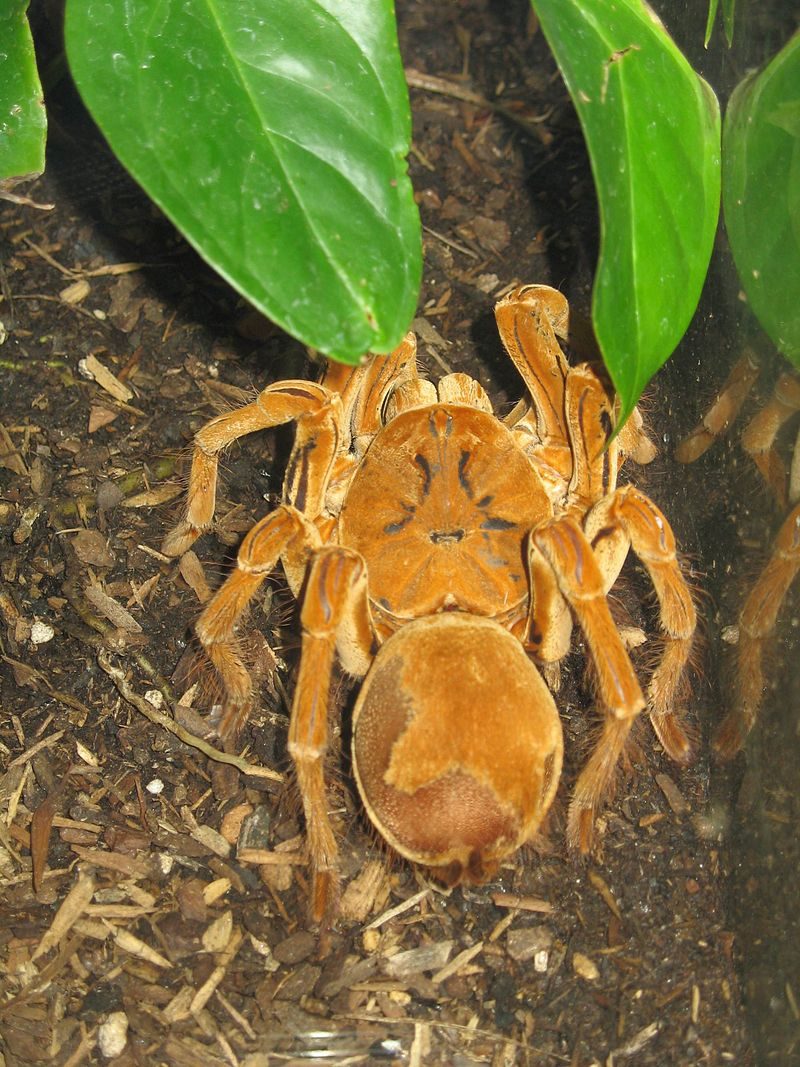 A Goliath bird-eating spider. This is the largest spider according to the Guinness World Records. / Photo Credit: Sheri (Bellatrix on Flickr) Wikipedia

The Goliath Birdeater also has some strange attributes also, like the fact that the females live far longer than the males. Male specimens will typically only live for a few years, but the females will live for decades if they are able to avoid danger.

Unlike other species of spiders and tarantulas, females do not eat the males during mating. Females mature in 3-6 years and have an average lifespan of 15 to 25 years. Males die soon after maturity and have a lifespan of 3-6 years.

According to the Guinness Book of World Records, the South American Goliath birdeater is the world’s largest spider. The specimen’s legs can reach up to one foot and it can weight up to 6 oz.

Birdeaters are one of the few tarantula species that lack tibial spurs, which are usually located on the first pair of legs of most adult males. 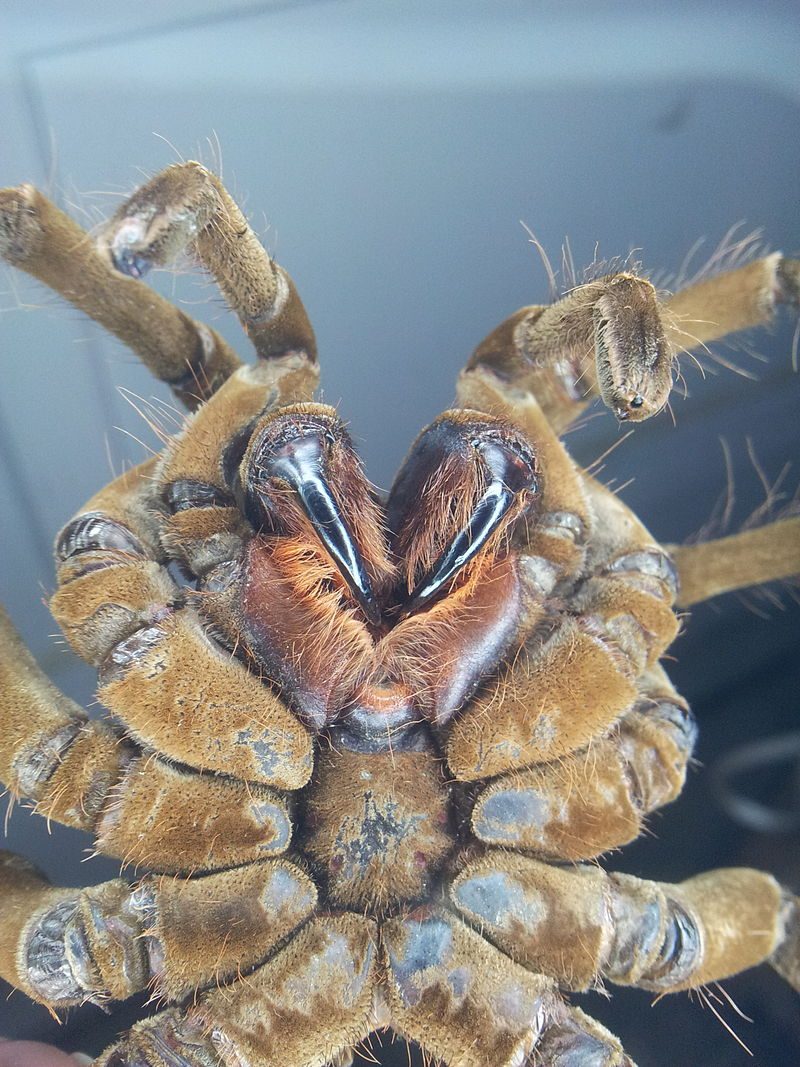 According to Wikipedia, the spiders, “Have fangs large enough (1.9–3.8 cm or 0.75–1.50 in) to break the skin of a human. They carry venom in their fangs and have been known to bite when threatened, but the venom is relatively harmless and its effects are comparable to those of a wasp’s sting. Tarantulas generally bite humans only in self defense, and these bites do not always result in envenomation.”

The video above from the Smithsonian Channel, shows a Goliath Birdeater munching down on a lizard.

The second largest spider in the world is known as the Huntsman Spider. These spiders are also especially large, but they are even more terrifying because they are fast.

In southern Africa, a family of this species is known as rain spiders or lizard eating spiders. These spiders even exist in some parts of the Americas, and even the United States.

They tend to live under rocks, bark and similar shelters, but human encounters are commonly in sheds, garages and other infrequently-disturbed places.

Huntsman Spiders have an extremely toxic venom as well, so it is best to be careful if you happen to encounter one. 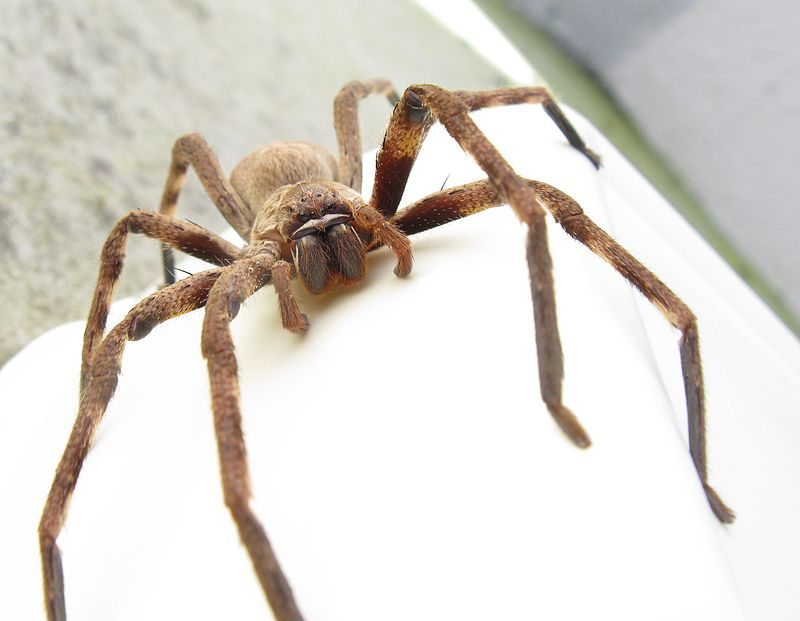 While these spiders may seem scary, it is always important to remember that they are usually more afraid of us than we are of them.

If spiders do not feel threatened, they will usually not attack a human, and will usually do their best to get away from you. Spiders are also vital to the entire ecosystem of the planet, and get rid of many bugs and pests.

However, unless you go traveling to the remote corners of the world, or live in one of the rare places where these species are found, it is rare that you will ever see one of the spiders outside of captivity.