A young woman was recently turned off from dating entirely after giving Tinder a try. The woman was horrified by one of the profiles that she saw, in which a 27 year old body builder gave three extremely off-putting rules for prospective mates in the description of his profile.

I have 3 rules.. Rule 1, I don’t want to be step dad so no kids unless u have just one… I want my OWN thanks Rules 2, if you date black Boys or think about it don’t even text me

Rule 3, I don’t want a time waster or someone who is a bum .. go make your own money u lazy fucks

I thought I’d give Tinder a go but honestly, it’s fully put me off dating. pic.twitter.com/24Q1334yx2

As expected, the internet tore this man apart. He seemed like a very hateful and bigoted person and it is strange that he would put this type of content on a dating website. People usually try to put their best foot forward on dating websites to make themselves look attractive, but this guy must not realize how much of a turn off his attitude is.

Not only that, the strange profile picture shows the man with his pants around his ankles and no shirt on in what appears to be a public restroom. This person doesn’t seem like the brightest guy judging from his list.

First off, rule number one makes no sense, because he says he doesn’t want to be a stepdad, but it is OK if the woman only has one kid, which would still make him a stepdad. Also, there is obviously nothing wrong with being a stepparent either, most people would consider it extremely rude to write off a potential mate simply because they have children.

Rule number 2 is terribly racist, and it is unclear why a woman being with a black man would bother him so much. Perhaps this man is just terribly insecure and covering it up with phony confidence.

Rule number 3 seems like something a lot of people would put on their profiles, but once again, the way he wrote it was extremely rude, and would send a red flag that he is an aggressive person who would not make a good partner. 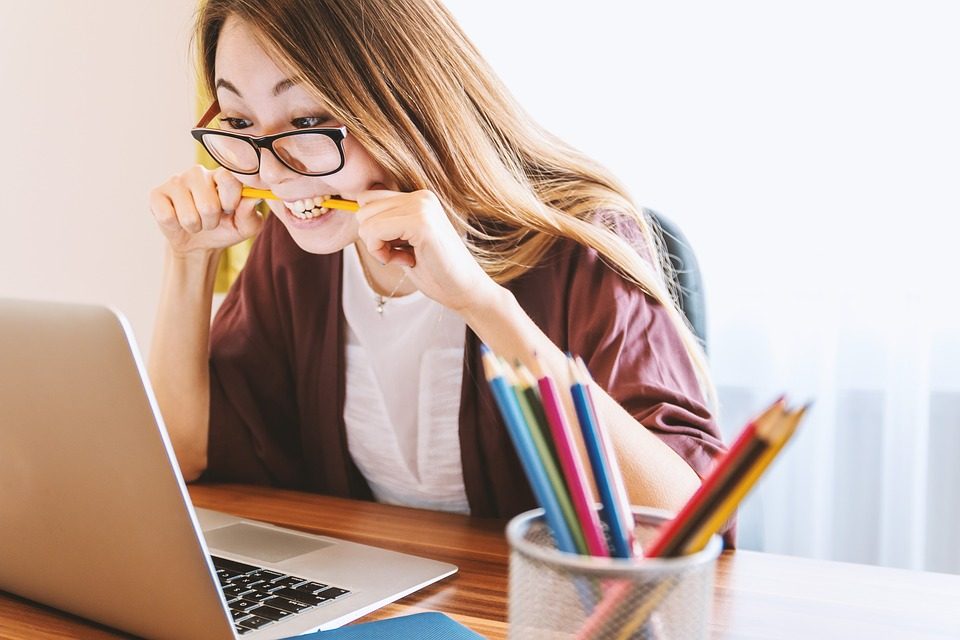 The commenters on the woman’s Tweet were mostly horrified by the man’s rules, and there wasn’t many who were willing to stick up for him. However, a few men did make posts suggesting that females on dating websites also have ridiculous lists of requirements for their dates, citing examples of women who demand that their partners be of a certain height, weight and income level. It is true that this type of activity happens on both sides, but you would be hard pressed to find a description as rude as this one on a woman’s profile.

This list is a wacky example of some of the extreme people that are out there on dating sites, but as commenters pointed out, this is kind of how these websites operate. People seek out a specific list of qualities that they want in a person and they totally ignore everyone who doesn’t check every single one of those boxes. However, it is very possible, and perhaps even likely, that the people we would be most compatible with actually wouldn’t check all of those boxes.

Oftentimes, the people who we fall in love with, and the people who we are compatible with, are not necessarily the people who have all of the qualities that we want in a person. Before dating websites, people regularly made connections with people who they never would have expected to get along with, because they were able to form a bond in the moment, or share a chat about a common interest. Now, it is more like people are interviewing for a job than starting a relationship with a person, and it seems to have radically changed the expectations that we have around dating. The obnoxious man in this profile is just an extreme example of the general attitude that dating websites seem to encourage.

August 14, 2019 August 14, 2019 David Cohen David Cohen is a long-time independent journalist and expert in geopolitics, technology and finance. Cohen began his career as an activist, and then began writing articles as a freelancer for numerous websites. Cohen is a native of Brooklyn, New York and a graduate of Cornell University. The…

A while back in Edmonton, North London, a Macaw parrot found itself trapped on the roof of a building for three days. When officers from the London Fire Brigade finally showed up to rescue the Macaw parrot, named Jessie, the bird told them to “f**k off” Chris Swallow, fire brigade watch manager, told the Telegraph…

An earthquake with a magnitude of 4.6 hit Mexico today, as larger earthquakes continue to shake the west coast of the United States. The quake reportedly occurred 5 miles from San Pedro Pochutla, Oaxaca, Mexico at approximately 4:50 AM. Last month, there was a 5.6 magnitude earthquake roughly 53 km from Puerto Madero, Chiapas, Mexico….

(rt) A new breast cancer cure has reportedly made tumors vanish in 11 days, with UK medics describing the results as “staggering” and “unprecedented.” Of those treated, 87 per cent responded to the cure, while 11 percent saw tumors disappear completely. During the recent European Breast Cancer Conference in Amsterdam, the UK team of doctors…