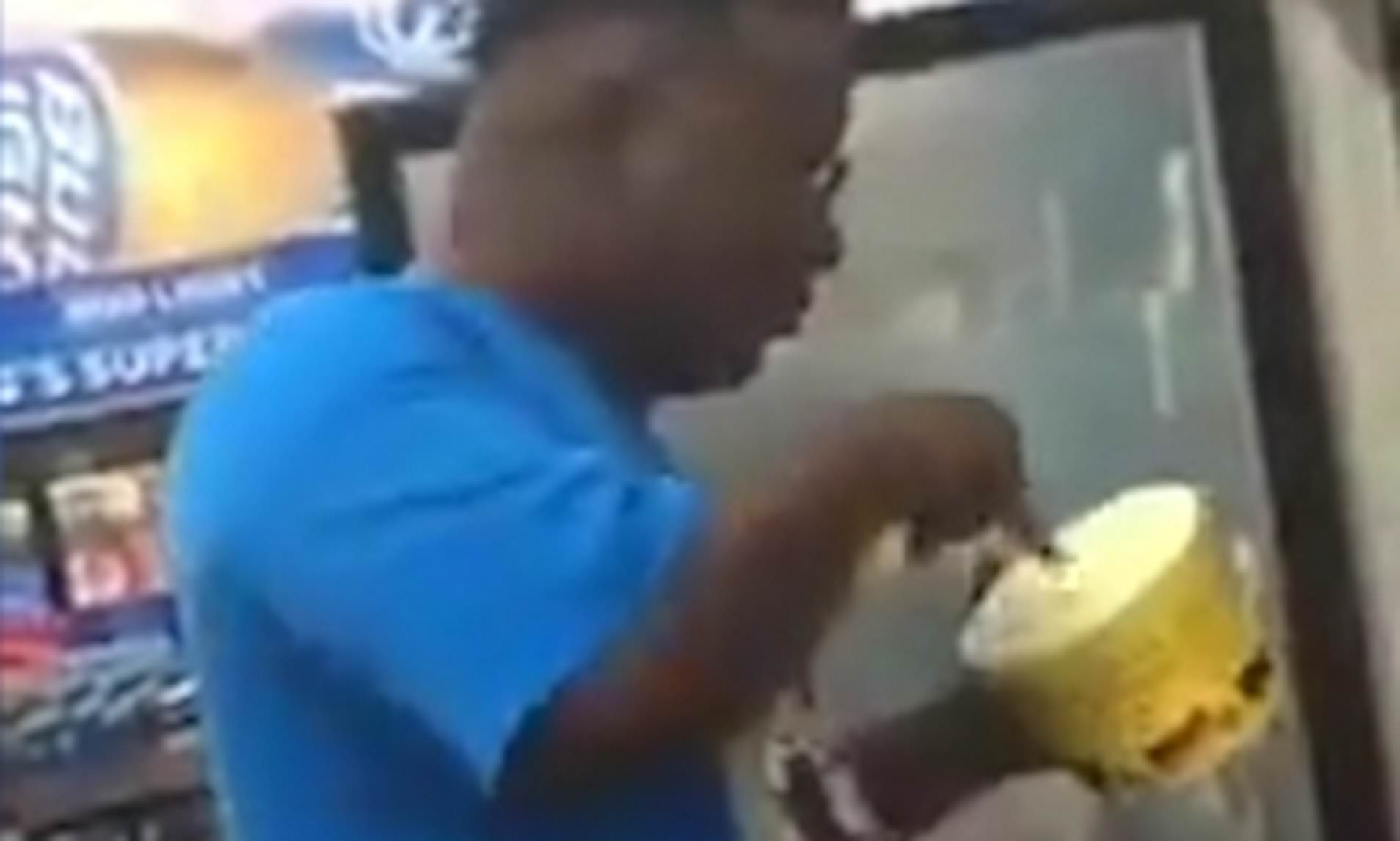 It seems that with every week that passes, people are finding more dangerous and disgusting ways to go viral on the internet. Last week, a teenage girl made headlines by licking the ice cream inside of a container and putting it back on the shelf.

The girl will likely avoid serious jail time because she is underage, but if she was an adult, she could have faced up to 20 years in prison.

Even though the girl was unanimously ridiculed on social media, it seems that there are people out there who are willing to copy her prank. In a new case this week, a 36-year-old man was taken into custody by police after he filmed himself licking the top of an ice cream container.

In a callback to the previous viral video, the suspect, Lenise Martin III, chose the “Blue Bell” brand, just as the young girl had.

However, Martin insists that it was just a prank, and that he never actually returned the container to the freezer, but purchased it. He was able to provide a receipt showing that he bought a container of Blue Bell ice cream on the date that the video was recorded. Police still decided to take him into custody anyway, and charged him with the unlawful posting of criminal activity for notoriety and publicity and tampering with property.

A spokesperson with the Assumption Parish Sheriff’s Office (APSO) said that people should think about the consequences of these types of stunts.

“We discourage anyone from copying this atrocious act. It is illegal. It’s a health risk to others. We will pursue anyone we see do this. You will be charged,” the spokesperson said.

Blue Bell Creameries told the TODAY Show that they were taking these cases very seriously and are working with their retailers to find a solution.

“The safety of our ice cream is our highest priority, and we work hard to maintain the highest level of confidence in our customers. We view the tampering of our products very seriously. Our role is to work with local retailers, and we encourage people to alert their local law enforcement if they are aware of someone tampering with any food item in the grocery store,” the statement said.

Local police have posted warnings to residents that they will be keeping their eyes on the situation.

It seems that defacing products with your germs and then returning them to the shelves is a new trend spreading among teens who are desperate for attention on social media. In another video to go viral in the same week, a Twitter user posted a video of themselves using mouthwash and then returning it to the self.

Just like Martin, the suspect in the mouthwash case was also pulling a prank on everyone, because they also paid for the item and took it off the shelf once the camera was turned off. However, Martin’s case proves that you can still get in trouble with the police for just pretending to pull a stunt like this.

The first part of the opening sentence for an article by RT about this reads “NBC News has given endless war and ‘destructive’ intelligence agencies a free pass,” an epic statement against the US corporate media, from the media that is also controlled by the Russian government but happens to be in a favorable position…