Incredible footage of what is believed to be the largest great white shark in the world has been caught on camera, and the footage has resurfaced. The resurfacing was influenced by a television program, and a sighting of the shark off the coast of Hawaii very recently.

The shark has been given the name “Deep Blue,” by an expert in the field, Mauricio Hoyos Padilla, and according to the Discovery network program “Shark Week,” it seems to be the biggest great white shark ever captured on film.

An interesting phenomenon occurs now where clips from television can go viral on the Internet, so some clips of Deep Blue that don’t seem to have been included in the television program have been making the rounds.

In a video posted in 2015, viral now because of the television program, Padilla reaches out to the fin of the massive shark and manages to give the aquatic creature a “high five” before the shark moves past him. Then, in a video from “Shark Week,” some might find this a little “grossly human” but they attached a tag to the shark.

The videos were captured off the coast of Guadalupe Island in Mexico, previously aired as part of “Shark Week.”

Now, the shark has been spotted off the coast of Hawaii. According to USA Today:

“A strikingly massive great white shark, one of the largest ever documented, was spotted by divers in Hawaii on Sunday as the apex predator feasted on a sperm whale carcass.”

Padilla, whose job is to work for the program, reported that it’s his belief the shark was a pregnant female with an incredible age of over 50 years old. The shark measures around 20 entire feet in length.

However, doubt is being shed on the possibility that this shark really is 20 feet long. Director emeritus of the International Shark Attack File, George Burgess, was one to cast doubt.

“It’s a very big white shark, obviously. One of the largest that has ever been seen in the water. I’m not sure it’s 20, I suspect it’s a little less than that. Perhaps 18, 19 feet, if I were to guess. The only thing I take umbrage to is that she was pregnant, I’m not sure that she was from what I could see,” he said.

“She’s a big girl,” he continued. Life on Earth can get so wildly varying in all its different qualities and features, you would think some life is alien if one didn’t know better.

Sharks, like many creatures, have been a token fascination for humans for as long as they have existed. The great white shark is one in particular that has captured the imagination of so many people, with the 1975 Steven Speilberg film “Jaws” playing a role in that, in popular culture.

Truthfully however, these sharks have a ton of potential to inflict harm but it is extremely rare that the great white shark actually attacks a human. Negative stereotypes surrounding the animals are largely exaggerated, that film probably helped it happen.

In the entire world annually, there are an estimated 70 to 100 shark attacks, resulting in somewhere between 5 and 15 people passing away, according to the Florida Museum of Natural History at the University of Florida. 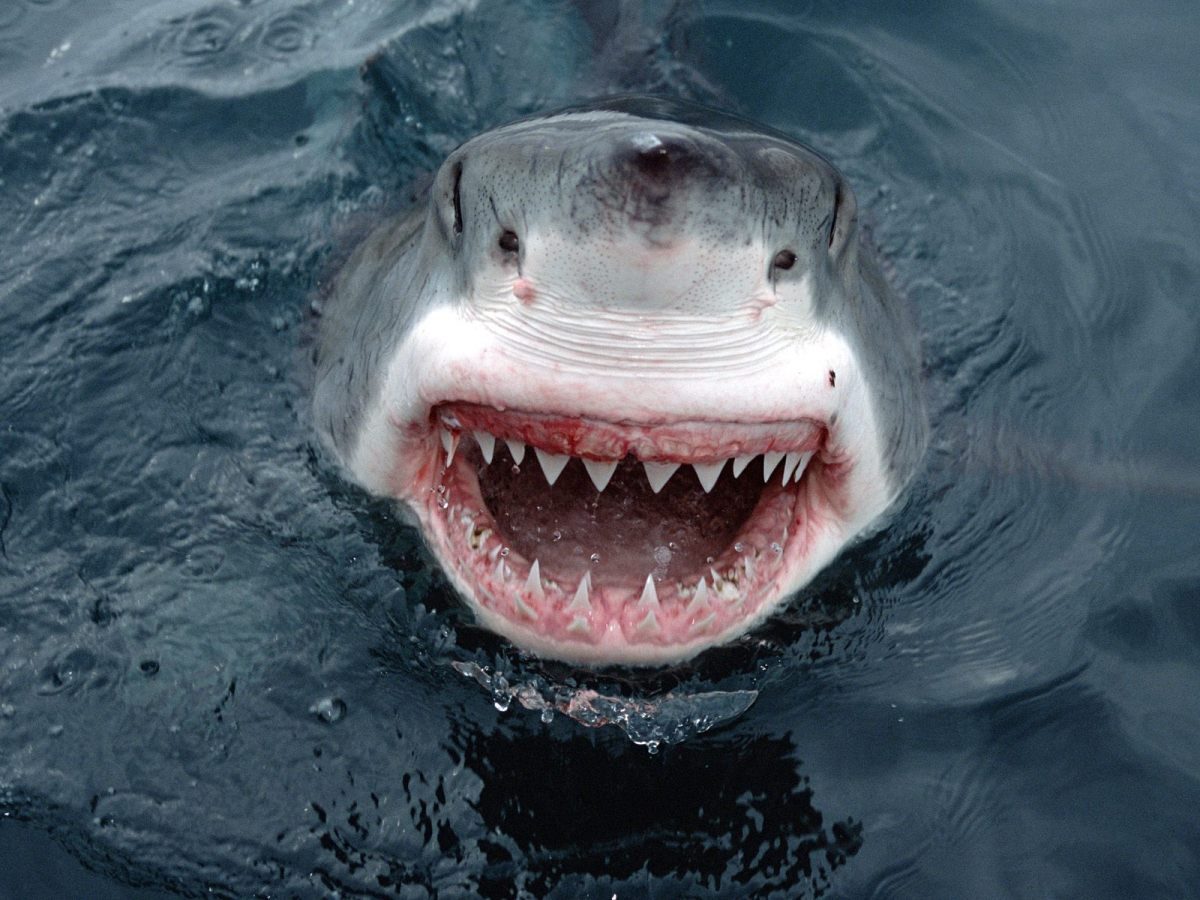 Burgess staunchly disapproved of Padilla high-fiving the shark, noting humans should give the animals their space. A good compromise would probably be, not placing a tag on the shark, but high-fiving it is not as bad as leaving a mark on it that may irritate the creature.

“White sharks, because of their large size and big mouths, are dangerous. Would you go grab the tail of a lion if you were out in the wild? I think not. So why would you feel the need to harass an 18-20 foot shark?” Burgess continued.

That’s true, sometimes people do underestimate the instincts of dangerous animals. What do you think, should he have high-fived a giant shark?

12 people were killed and at least 4 others injured in a horrific shooting, on Friday afternoon, in a Virginia public works building. The shooter was reportedly a longtime city employee who was identified as DeWayne Craddock. According to local police, one officer was shot, but he was not injured because the shot hit his…