Massive plume of smoke is filling the skyline after a gas pipeline exploded in Helena, Alabama according to CBS42. Fire units are headed to the scene, according to McAdory Fire Station #2. Alagasco has stated that the fire is from a petroleum line. According to the Shelby County Sheriff’s office, the blast was on the Colonial Line, with 8-9 people injured.

For those curious about the pipeline, the EIA has a great primer found here. 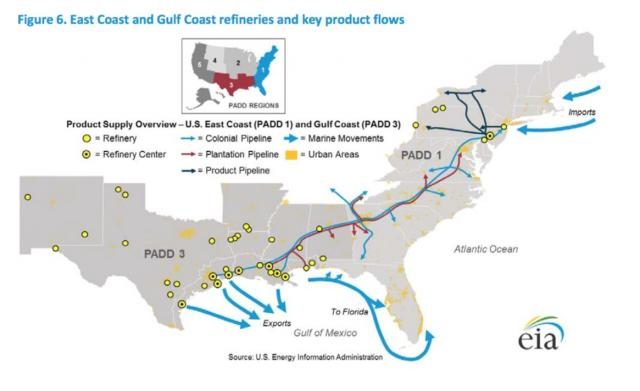 The Sheriff adds that the blast happened during crew work.

The explosion took place near 334 Highway 13. At this time, a response team has been called in from Jefferson County as well as a tanker from the McAdory Fire Department.

By: Dave Mosher and Andy Kiersz “If I survive a nuclear-bomb attack, what should I do?” Michael Dillon, a Lawrence Livermore National Laboratory researcher, crunched the numbers and helped figure out just that in a 2014 study published in the journal Proceedings of the Royal Society A: Mathematical and Physical Sciences. Likewise, government agencies and…

A massive humpback whale was seen jumping out of the sea and narrowly missing a fishing boat. Luckily, someone nearby was able to take some video footage of the incredible moment, which looked like a planned action scene in a movie. 60 year old Douglas Croft, and fellow whale watcher Kate Cummings were able to…