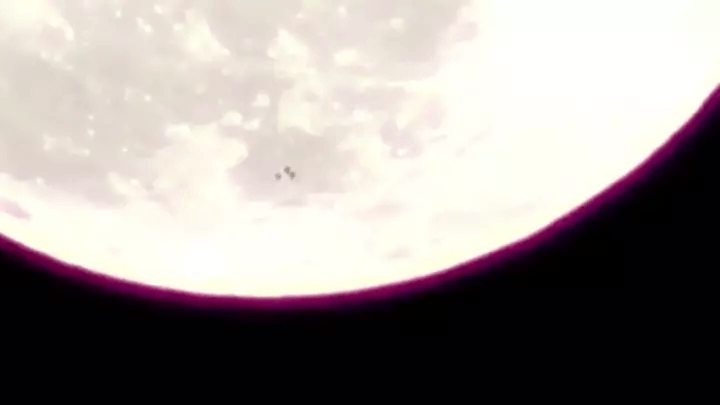 A YouTube channel called Terry’s Theories, which focuses on a variety of conspiracy theories, has shared some footage which appears to show Unidentified Flying Objects (UFOs) passing over the moon. The clip shows three objects speeding across the screen, with one object following behind a bit slower.

The comments were littered with a wide variety of dissenting opinions from skeptics and believers debating the authenticity of the video and its claims.

“This is one of the better videos I’ve seen. They definitely don’t seem to be birds and appear to be flying in formation. The video quality is also particularly good in this one. Nice find!” One viewer said.

“Those first three were kind of in a triangle shape and then we have that one off to the right by itself. Space junk doesn’t fly in formation lol. That was a very clear video good find,” another wrote.

“It could be anything.” said another.

UFOlogist Scott C Waring posted an analysis of the video on ET Database, saying that it appears to be authentic. Waring pointed out that there was no visible propulsion in the clip, nor were there any wings, or tails which would identify the objects as birds.

“That made me think birds until I made the close up and saw the truth. These are three alien ships,” waring said.

There are many critiques that can be made of this footage, and it is certainly no smoking gun for proof of alien life, but evidence has been slowly coming out which suggests that we might not be alone in the universe.

UFOs were once laughed off as crazy delusions, but after more official revelations, people are starting to take these sightings more seriously.

Just this year, To The Stars Academy of Arts and Sciences, a UFO research organization headed by Blink 182’s Tom DeLonge, has shared video footage of what appears to be UFOs filmed by the US Navy.

The footage was captured in 2014 and 2015. The video is taken from US Navy aircraft and seems to show them chasing “unidentified aerial phenomena” off the east coast of the United States.

Last month, the United States government came forward to admit that the footage was real, and admitted that they had no clue what the objects were.