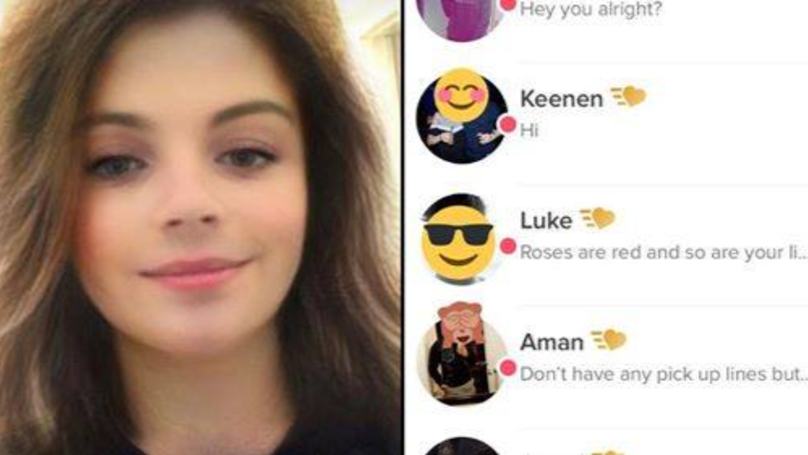 This week, the most viral trend by far was the Snapchat filter that changed the appearance of a photo’s gender. Jake Askew, from Norwich, in the UK, was so impressed with the female version of his photo that he decided to set up a fake profile on the dating website Tinder. The results were incredible. It seemed that loads of men found Jakes female photo attractive. The profile ended up receiving over 1,650 ‘likes’ and matched with 300-400 men.

Below is a photo what Jake actually looks like: 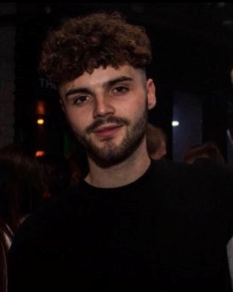 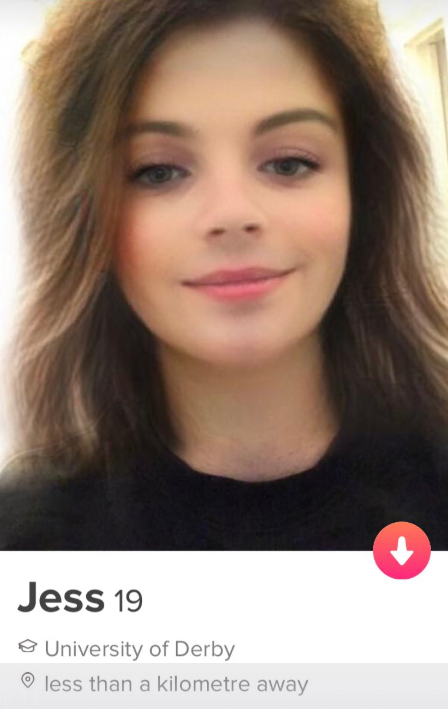 Jake Told LADbible that, “One chap asked ‘Are you a piece of art because I want to nail you up against the wall’. Another talked to me about his ‘pork sword’ and one bloke simply asked me to ‘sit on his face”.

“I didn’t let anyone know about it, I’ll keep em guessing. To be fair I looked at myself with the Snapchat filter on and thought I looked unreal, showed my mate and we thought we’d make a Tinder just to see if I’d get any matches from it… Obviously didn’t expect to be liked by over 1600 thirsty lads,” Jake said.

Jake also got to experience what it is like to be a female on a dating site.

Below are some of the offensive screenshots that were sent to him on Tinder. 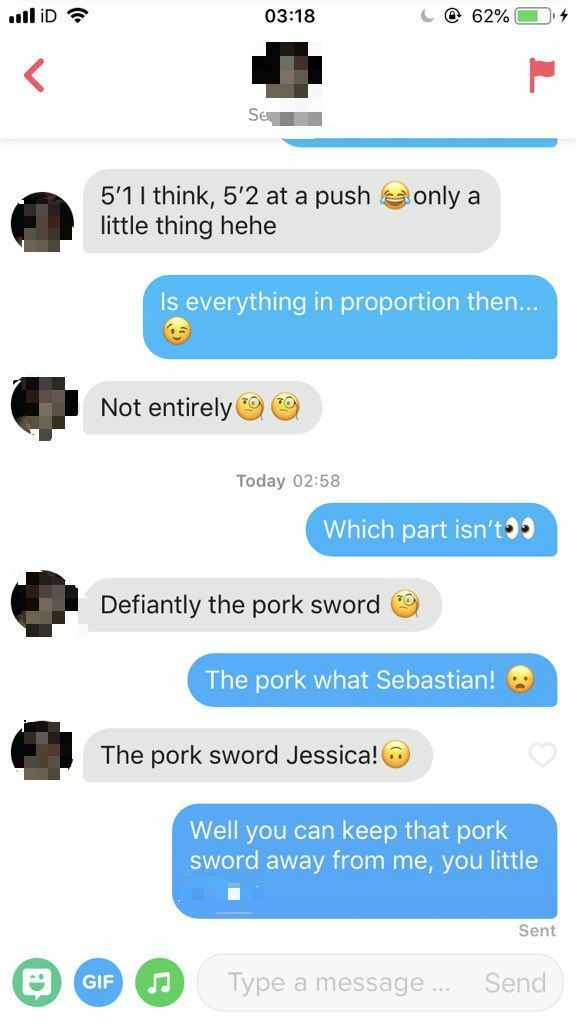 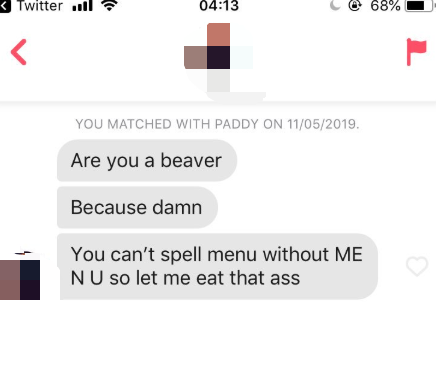 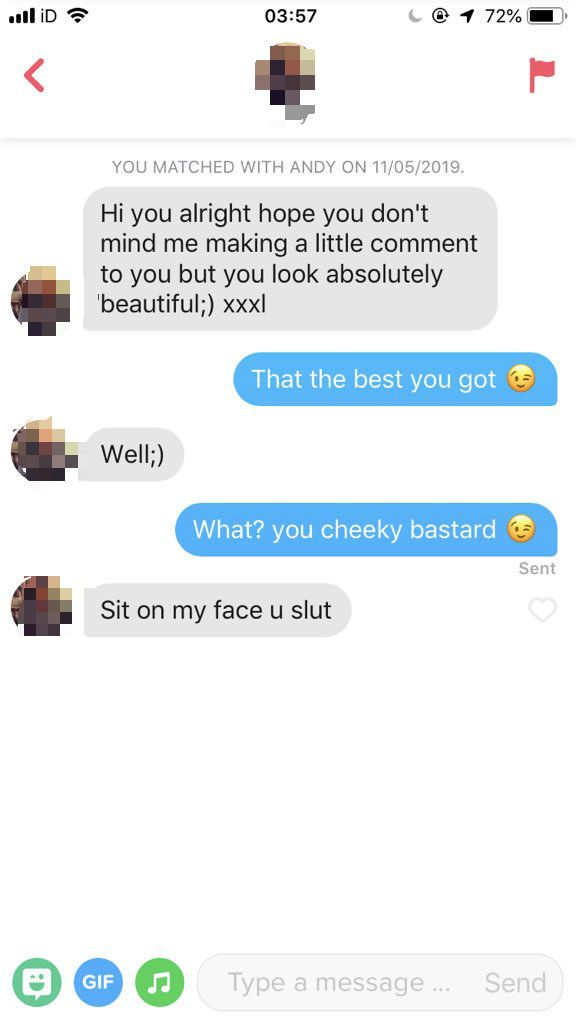 Jake exposed the dark underworld of Tinder where men are grossly disrespectful to women on the site. He wasn’t the only one to pull this stunt either, many other men also set up fake profiles using their filtered female images.

One of these pranksters wrote, “I posed on Tinder using the girl Snapchat filter and I’ve already been offered to travel around America with someone.”

Another fake Tinder user revealed, “I used the Snapchat filter on Tinder for 30 minutes, and in conclusion, I hate men,” according to ABC

“I made a Tinder using the new Snapchat filter to see what would happen, and these are the f*cking messages I got. I feel for you women everywhere if this is what your inboxes actually look like,” another one Tweeted.

Jordan from Derby in the UK was surprised that one of these random men offered to travel around the world with him. This overwhelming offer came not long after he set up a fake profile on the dating website.

“Posing on Tinder using the girl Snapchat filter and already been offered to travel around the US with someone,” he said.

An additional message reportedly said, “So what’s your go to car music? If we’re going to drive across America we need to get things like this sorted out!“

To use the new Snapchat gender filter yourself, simply open up the Snapchat app and go to the filters, then click on the filter shown in the image below. 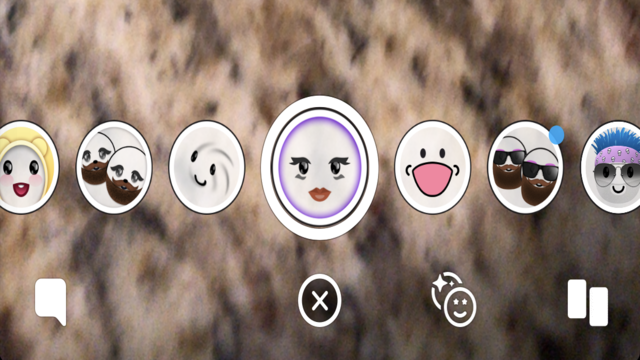 This experience gives men a good look at what it is like to be on the other side of the equation on dating websites, and will hopefully inspire some of them to be more conscious when speaking to people online in the future. However, if someone is going to be rude enough to make comments like the ones seen above, they probably aren’t going to learn from something like this.

In one more amusing case, a young man upset his girlfriend by making her think that he was having an affair with the filtered photo of himself. The young man tagged his girlfriend in the photo with a caption that read “I have your boyfriend’s shirt on.” 22 year old Ryan Hill says that his girlfriend was furious and she refused to talk to him even after learning that it was all just a joke.

Snapchat has a filter that makes you look like a girl, so I thought it would be a good idea to wind my girlfriend up and send her this. She didn’t take it well.

“It’s not funny Ryan, I don’t even wanna see you right now. I will end up punching you right in the face. Why would you do that?” his angry girlfriend said.

The 2013 horror film “The Conjuring” is actually based on a real house in Rhode Island. A couple recently purchased the house, and their story sounds much like the beginning of a horror film. Cory Heinzen and his wife Jennifer say that they instantly fell in love with the home, and thought that it was…

As the Jeffrey Epstein case continues to unfold, a laundry list of celebrities, business magnates and socialites who have flown anywhere near the registered sex offender’s orbit are now tainted with pedo-polonium. Many of them, such as Bill Clinton, Ehud Barak, and Victoria’s Secret boss Les Wexner have sought to distance themselves from Epstein and…