The first part of the opening sentence for an article by RT about this reads “NBC News has given endless war and ‘destructive’ intelligence agencies a free pass,” an epic statement against the US corporate media, from the media that is also controlled by the Russian government but happens to be in a favorable position toward the people of America right now.

It wasn’t their sentiment though RT surely enjoyed putting it out there, it was a 62-year-old veteran national security reporter, quitting his job at NBC.

William M. Arkin typed out a 2,228-word resignation letter when he quit his job as a reporter for NBC recently, exposing how the outlet is manipulating the public. The man has been visiting war zones working for the US government, the United Nations, and their complex of media for decades and decades. To understand how in-with-it this man was, just read through the image below. It’s a volume of info that requires a screencap. 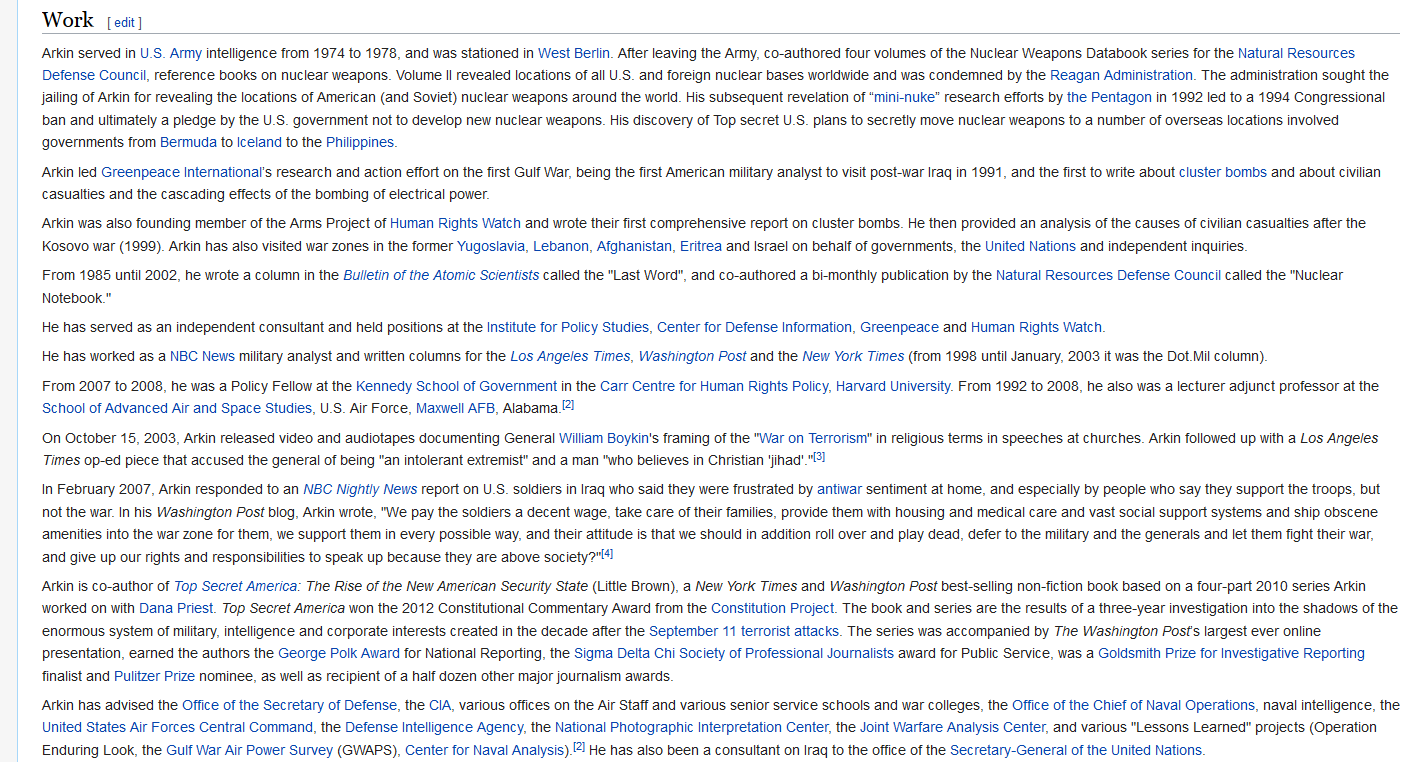 Arkin accused NBC of publishing “ho-hum reporting” that “essentially condones” an endless expansion of war in the Middle East and North Africa. He pretty much emphasized that as sterile and homogeneous as NBC sounds, the ultimate conclusion drawn by any viewer internalizing it is that there needs to be constant war.

That insidious flavor of programming that NBC has, or that similar outlets like MSNBC or CNN exude, is what he seems to have been specifically referring to. At least with Fox News you can easily identify how bu***hit it is. However it’s also dangerous, the slightly different attitude for the same agenda that Fox News pulls people in with, because it makes people get into this enraged, agitated state of mind, like what war propaganda used to invoke in people.

The former reporter added that NBC was guilty of failing to report on “the failures of the generals and national security leaders,” with the outlet he quit basically turning into “a defender of the government against Trump” and a “cheerleader for open and subtle threat mongering.”

There’s no need to get Trump involved in the debate of how NBC is propaganda, if we want to reach as many people as possible, as people trying to express this. For any person who believes in freedom, for the sake of keeping the peace between people, Trump should probably not be seen as some kind of crusader fighting the deep state. It’s best to leave any public figures that could incite division out of this and fix the problems in our society ourselves, in the eyes of a lot of people who were into activism in the 2010’s decade.

However, Arkin did emphasize the Trump thing regardless because it’s true that NBC incessantly reports on Trump. It’s just that in the view of a lot of people, Trump doesn’t have to be genuinely opposed to the people directing NBC, for them to focus on him like a circus: both the people who direct NBC and Trump may have a mutual interest in creating a circus around the actions of Trump, while who knows what takes place behind the scenes.

“I’m more worried about how much we are missing. Hence my desire to take a step back and think why so little changes with regard to America’s wars,” the former NBC journalist continued.

He noted that the outlet was rigidly opposed to improved relations with Russia, the US withdrawing from Syria, and a number of other issues, in opposition to the simple notion of peace.

“I’m alarmed at how quick NBC is to mechanically argue the contrary, to be in favor of policies that just spell more conflict and more war. Really? We shouldn’t get out Syria? We shouldn’t go for the bold move of denuclearizing the Korean peninsula? Even on Russia, though we should be concerned about the brittleness of our democracy that it is so vulnerable to manipulation, do we really yearn for the Cold War? And don’t even get me started with the FBI: What? We now lionize this historically destructive institution?”

For the past 30 years, he has been working for NBC intermittently. He has been a critic of the wars in the Middle East brought on by America, one of the last remaining mainstream journalists to hold such a view.

In this 2010’s decade, a civilian desire to learn about certain things has been firmly cemented in people, in countries all over the world thanks to the Internet. Censorship is not going to work at this point: you can see from the way that stories like this organically, instantly blow up that now people are getting used to learning. At least some people are getting used to learning, and more people will when they want to.