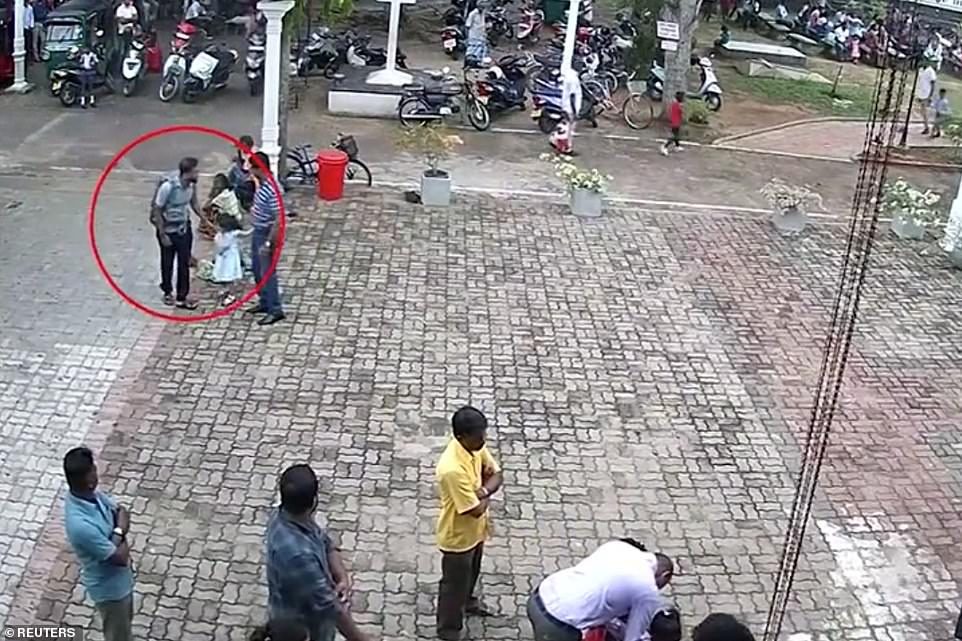 In addition to the photos that were released of the Sri Lanka Suicide bombers, ISIS has also released video showing a group of people, assumed to be the bombers, pledging allegiance to ISIS. The video shows eight jihadists stand in a circle, touch hands and pledge their loyalty to Abu Bakr al-Baghdadi, the leader of ISIS who has not been seen in public in five years.

The jihadists in the video are standing in front of a black ISIS flag. Near the end of the video, the bombers all chant in unison and then raise their hands together and point to the sky.

This has been called the deadliest terrorist attack overseas since the world trade center attacks on September 11, 2001. This is not including the attacks that have taken place in ISIS territory under their regime. The death toll within the ISIS regime is currently unknown, but is expected to be staggering.

For Sunday’s attack, the numbers are still unclear, but it has been reported that over 320 people and were killed and hundreds of others wounded.

“Those that carried out the attack that targeted members of the US led coalition and Christians in Sri Lanka the day before yesterday are Islamic State group fighters,” IS propaganda agency Amaq said in a statement.

Thus far, there has been no indication that anyone involved with western military forces or a “US led coalition” was the target of these attacks, as the statement suggests. The vast majority of the victims in this incident were civilians, and Sri Lanka is an independent territory that is not occupied by US forces.

CCTV footage (below) was able to capture one of the attacker’s final moments. The video follows the bomber as he proceeds towards the church wearing a very large and suspicious backpack. The man is walking very swiftly and with purpose, rushing by the other worshippers.

“What we have seen from the CCTV footage is that all the suicide bombers were carrying very heavy backpacks. These appear to be crude devices made locally,” a police representative told The Daily Mail.

Sri Lankan officials suggested that these coordinated attacks could have been “in retaliation for the attack against Muslims in Christchurch,” however, aside from the Christian religion, the locations share no connection with the New Zealand attacks.

It is also likely that ISIS targetted Sri Lanka because it has been growing as a tourist destination in recent years. This year, a major guide book recommended Sri Lanka as one of the top places to visit in the world.

Investigators said that a wealthy spice trading family in the country is connected to the blasts. It has been suggested that the family was operating a family-based sleeper cell in the country. 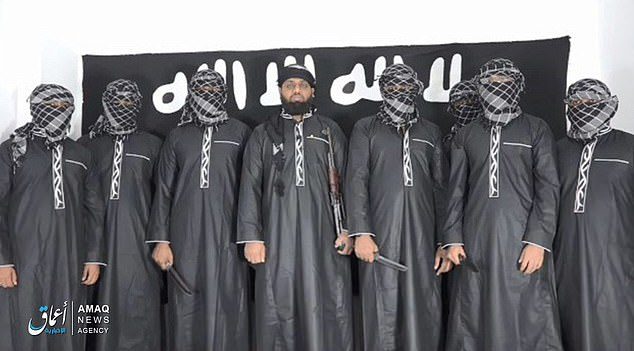 The image released by ISIS, showing some of the suspected suicide bombers from last weekend. It is unclear which two in the group are the brothers. Pictured centre is purported National Thowfeek Jamaath leader Moulvi Zahran Hashim / Photo Credit: The Daily Mail

“What we have gathered so far is that they had indicated to their close family what they were going to do. It looks like they were inspired by foreign terrorist groups, but to what extent they had direct links is still unclear,” another police official said.

There is also criticism that the police didn’t do enough to stop the attack, and that they were repeatedly notified about the extremists and the cell that they were operating.

One of the groups, the National Thowheed Jamaath (NTJ), were the subject of an intelligence warning just ten days before the explosions.

In the wake of the attack, Sri Lankan officials are calling for drastic measures, including a nationwide burka ban, which they hope will somehow stop a repeat attack. If anything, a move like this could embolden terrorists to spread more violence. A bill was announced Tuesday on the Facebook page of UNP Parliamentarian Ashu Marasinghe to propose banning the burka.

Marasinghe claimed that the burka is not a traditional Muslim garment, and suggested that it was used by terrorists to hide their identities and weapons. None of the attackers in the videos can be seen wearing burkas, however, Sri Lankan officials said that there were a large group of women wearing burkas at the attacks who were able to escape the scene undetected. An investigation is currently underway to search for the women.

When the rain forest around their home was destroyed, a Brazilian photographer and his wife took matters into their own hands and slowly reforested the area, planting over two million trees throughout the course of many years. When Brazilian photographer Sebastião Salgado went off to travel the world and pursue a career in journalism several…

(ANTIMEDIA) — Shortly after the Obama administration began deploying American troops across Russia’s border in a number of countries, including Lithuania, some 300 U.S. Marines landed in Norway for a six-month deployment. Their Monday deployment marks the first time since World War II that foreign troops have been allowed to station in Norway. The Marines will spend…