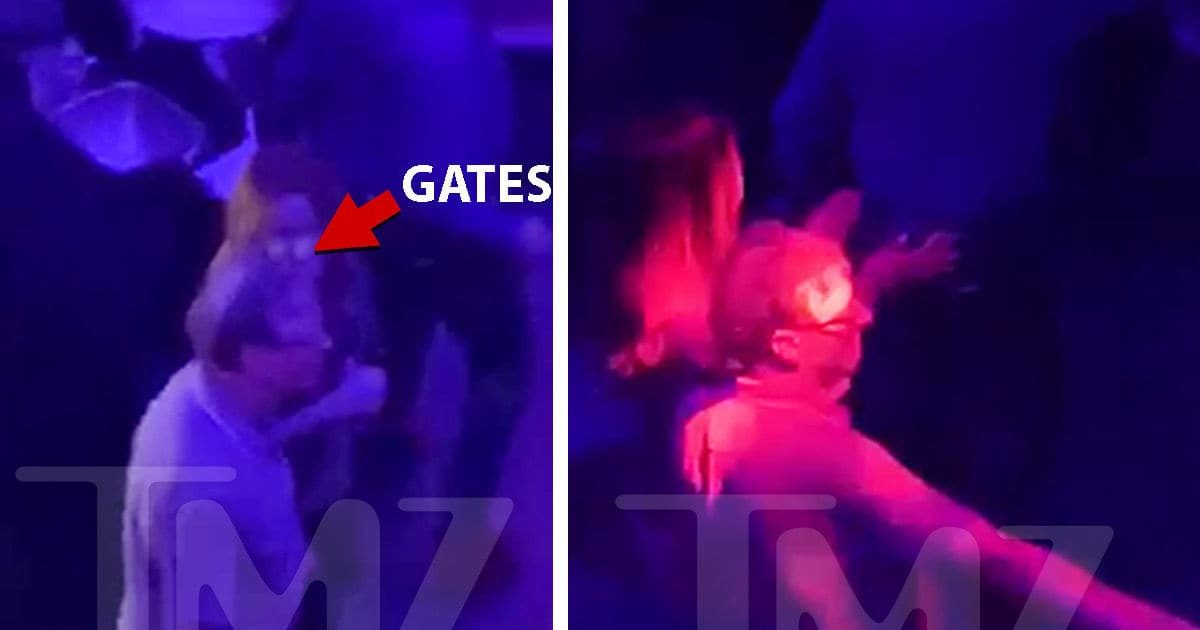 Video released by TMZ this week, shows billionaire philanthropist and Microsoft co-founder Bill Gates dancing at an exclusive Miami nightclub with a large group of women. The aging tech tycoon doesn’t seem to be the best dancer in the world, but he appears to be having a blast.

In the video, Gates can be seen dancing to Waka Flocka Flame’s “Grove St. Party” and Nicki Minaj’s “No Frauds.” The footage was reportedly taken at the exclusive LIV Nightclub in Miami. It is said that Gates was in Miami to watch his daughter compete in an equestrian tournament.

In the video below, the 63 year old can be seen doing his best to keep up with the young ladies.

In 2016, Gates appeared in a cringe worthy short on The Tonight Show with Jimmy Fallon, where he was DJing for an EDM crowd. In the video, Gates clears the floor to do a back flip, which turned into a split while he landed. Of course, this was just a promotional video and he did not actually do his own stunts.

Gates first showed his dance moves off for the Windows 95 launch on August 24, 1995. The launch of the iconic operating system was hailed as a marketing breakthrough for the company. In video of the launch, Gates can be seen reluctantly and awkwardly joining along in a cheesy dance as his associates hype up the crowd. Gates seemed like the least excited person in the video, although, this is before he became extremely familiar with the public.

It was reported this week that Gates continues to grow richer. Forbes reported that his net worth now exceeds $100 billion.

“Gates made his fortune through Microsoft, the computer company he cofounded in 1975 with Paul Allen. (Allen died in October 2018.) He now holds a diversified fortune; less than 12.5% of his net worth comes from Microsoft shares. The majority of his assets are held in his investment firm, Cascade, including a stake in Berkshire Hathaway, the conglomerate founded by Gates’ friend Warren Buffett,” Forbes reported.

In 2009, Gates and Warren Buffett founded The Giving Pledge, whereby they and other billionaires pledge to give at least half of their wealth to philanthropy.

It is important to note that some of the philanthropic efforts that Gates is involved in seem to be controversial.

In 2007, the Los Angeles Times criticized the foundation for investing its assets in companies that have been accused of worsening poverty, polluting heavily, and pharmaceutical companies that do not sell to developing countries. In 2014, Bill Gates sparked a protest in Vancouver when he decided to donate $50 million to UNAIDS through the Bill & Melinda Gates Foundation for the purpose of mass circumcision in Zambia and Swaziland.

In 1998, Gates’ company Microsoft was embroiled in a bitter anti trust case with the US government. At the time, the company was being criticized for its strong arm, anti-competition tactics.

According to Wikipedia, “The plaintiffs alleged that Microsoft had abused monopoly power on Intel-based personal computers in its handling of operating system and web browser integration. The issue central to the case was whether Microsoft was allowed to bundle its flagship Internet Explorer (IE) web browser software with its Windows operating system. Bundling them is alleged to have been responsible for Microsoft’s victory in the browser wars as every Windows user had a copy of IE.”

Gates was said to be evasive during the proceedings, refusing to answer questions and denying any wrongdoing, despite significant evidence against him.

“Early rounds of his deposition show him offering obfuscatory answers and saying ‘I don’t recall,’ so many times that even the presiding judge had to chuckle. Worse, many of the technology chief’s denials and pleas of ignorance were directly refuted by prosecutors with snippets of e-mail that Gates both sent and received,” Business Week reported at the time.

However you feel about Bill Gates, whether you think that he is a generous philanthropist or an evil villain, you must admit that he still knows how to have fun!

By: anon56 VIDEO: Anonymous collective sends a new message: Video transcript (excerpt): Greetings World, We are Anonymous. On April 6th, 2017, on the 100 year anniversary of Americas entry into World War I, Donald Trump launched airstrikes against the Syrian government; in retaliation for a gas attack supposedly perpetrated by Assad. There was no investigation,…

Have you seen all those bizarre cartoons and references in popular culture, that seem to allude to the events of September 11, 2001, before it even happened? If you think about it, there are a few distinct possibilities here. The first is that a certain board member or person working with various television shows had…