Over the years, there have been a variety of different impressive customizations for the classic Volkswagen Beetle.

However, one of the most interesting models is a converted Volkswagen Beetle mini bike created by a builder named Brent Walter.

Walter has called his creation the ‘Volkspod,’ which is a small motorbike that is made out of fenders taken from a classic Beetle car.

For each Beetle motorbike, Walter used four vintage fenders that were fused together to make the body of the vehicle.

The bike is powered by a 79cc engine, and handles very similar to a bicycle, despite the running motor inside.

Below are some images showing what the vehicle looks like during different parts of the construction process. 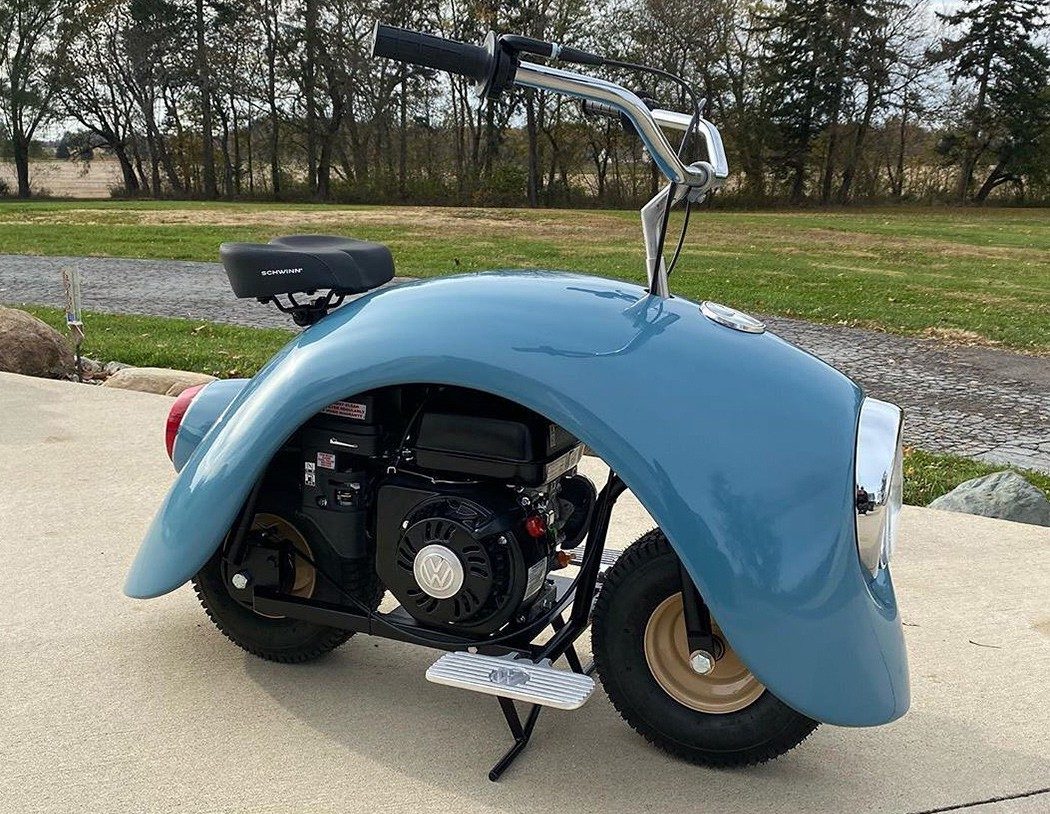 The vehicle looks too tiny for a person to fit on, but the design is surprisingly comfortable and stable for its size. 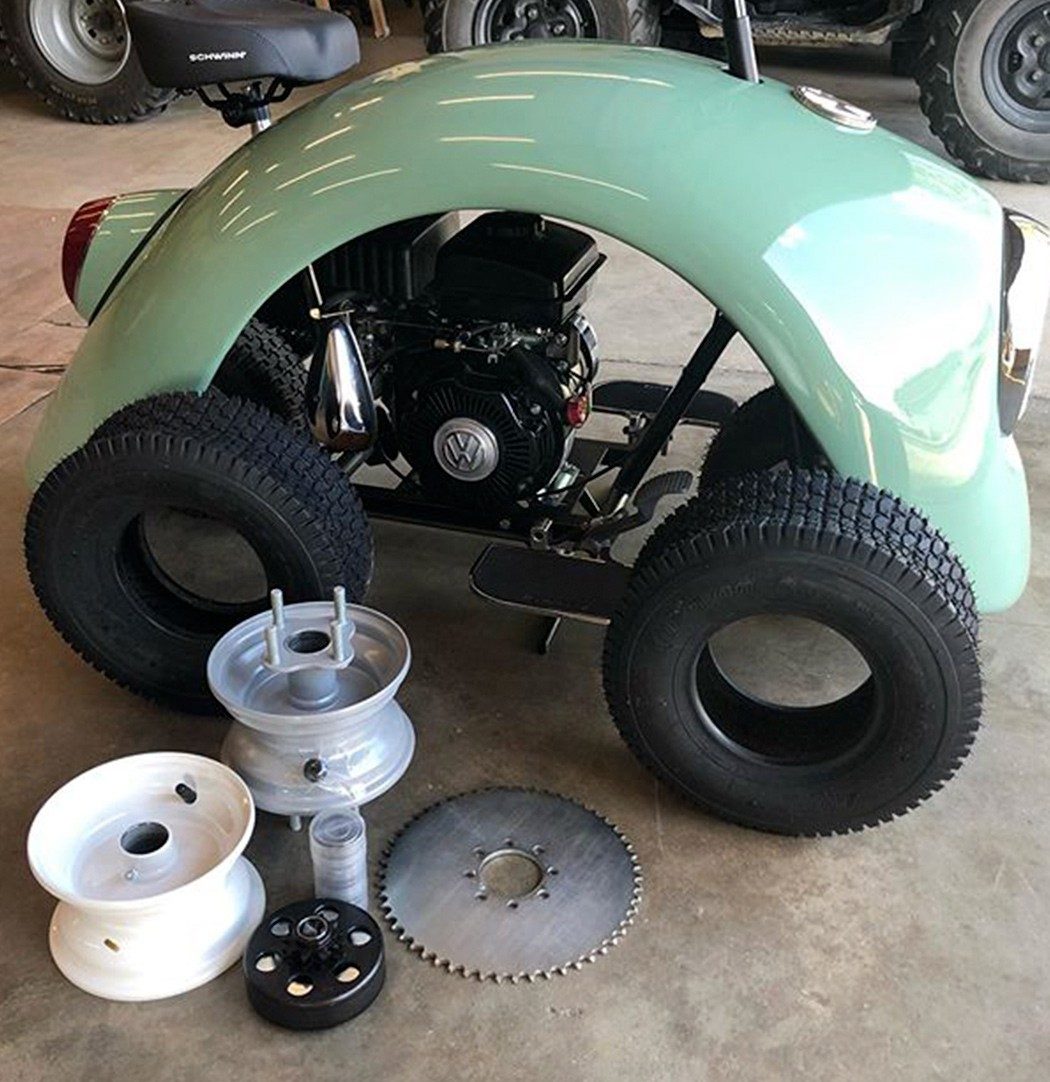 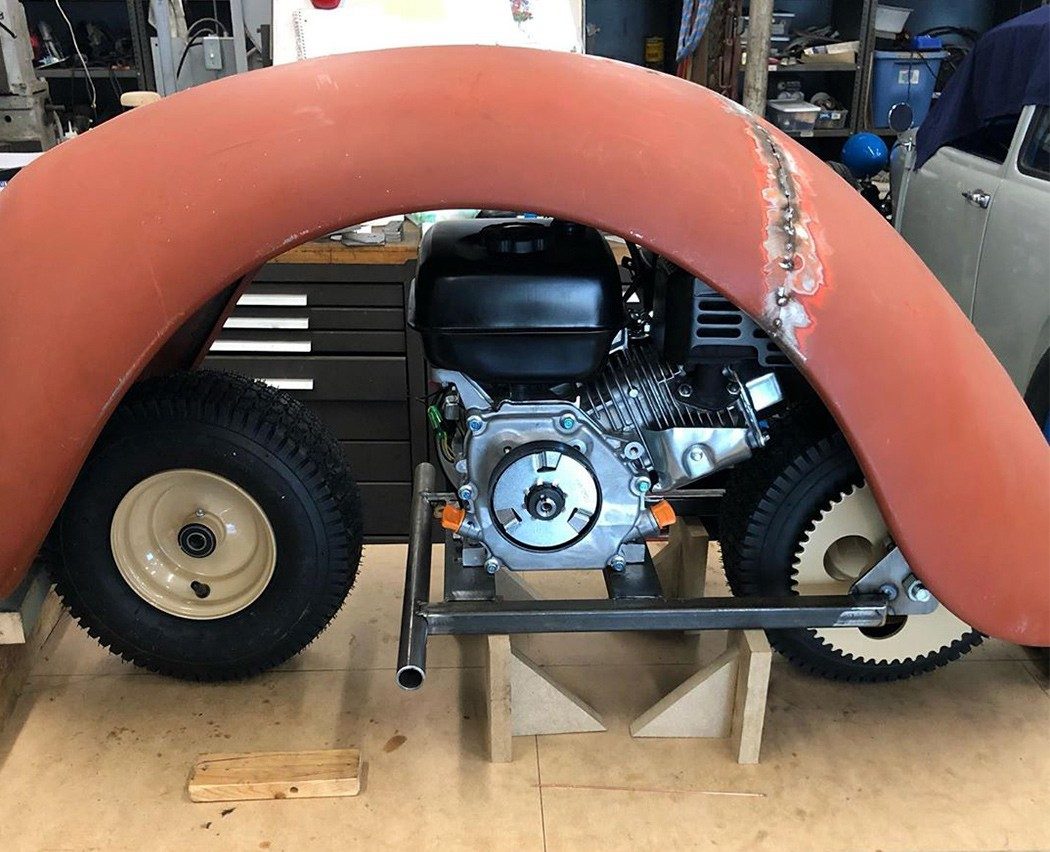 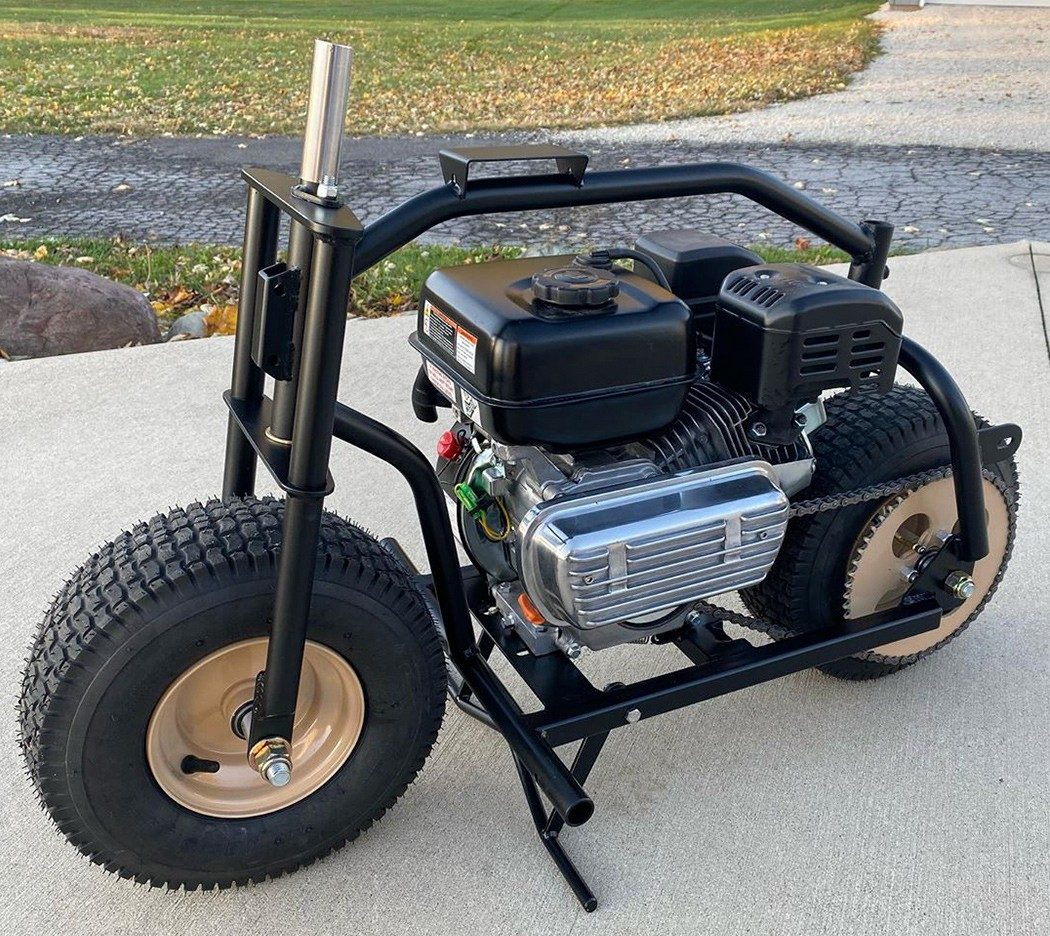 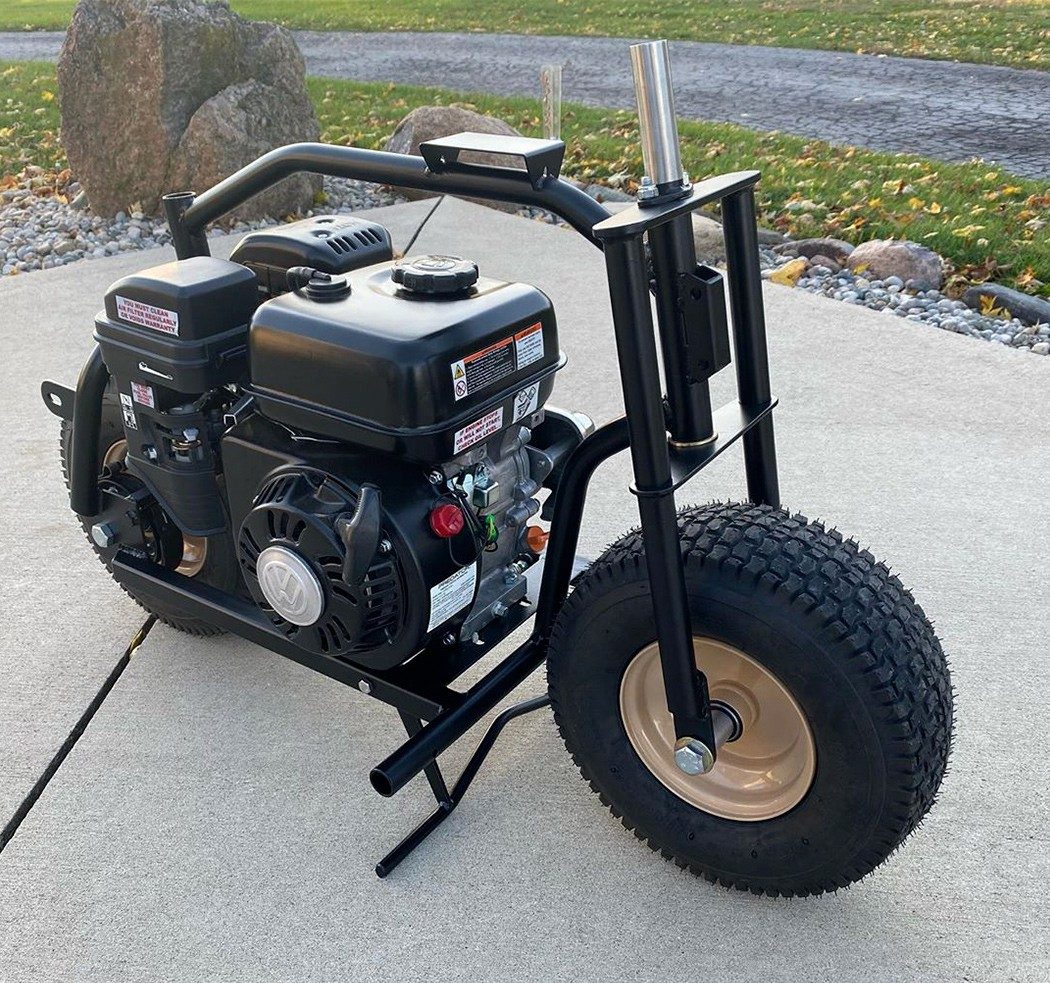 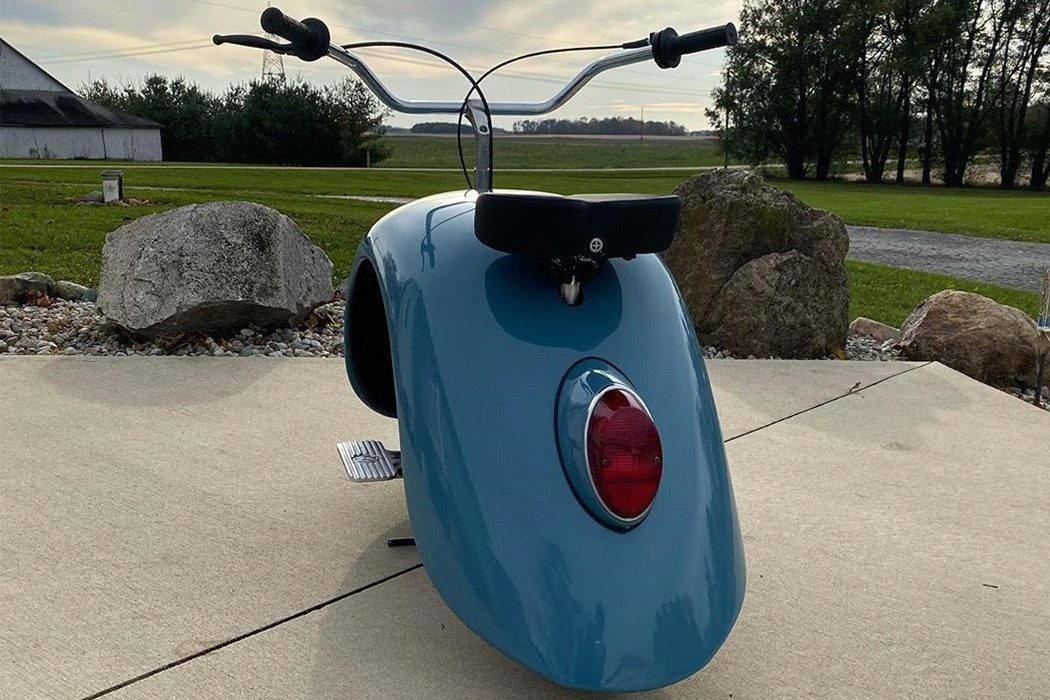 This is an extremely inventive way to convert a Volkswagen beetle, but these types of conversions are not a rarity, this design just happens to be one of the most unique and bizarre.

Many of the conversions that are done on Volkswagen vehicles are a little bit more difficult to spot, because they are often more focused on functionality than design.

For example, according to The Verge, the Volkswagen company recently announced that they will be making it easier for owners of their vehicles to make interesting conversions, most notably, converting gas cars to electric.

The company has entered a partnership with a German design firm called eClassics, which will assist with retrofitting vehicles, while Volkswagen supplies many of the vital parts and components.

According to specs released the company, the newly converted batteries will come along with a total capacity of 36.8 kWh, which could travel for about 200 kilometers or 124 miles on one charge, with an average horsepower of 80.

In Kent, United Kingdom, two boys recently said to police that they were aggressively chased by a man in a clown costume, who was shouting “run or die,” while armed with a knife. It’s an odd reaction to such news, but some articles are subtly promoting hysteria about some resurgence of people threatening violence who…

Honey bees are an essential part of the global ecosystem, but populations have been in rapid decline in recent years. A situation that scientists are calling “colony collapse disorder” has resulted in a significant drop in bee populations all over the world. Researchers estimate that this is a problem that has developed over the past…