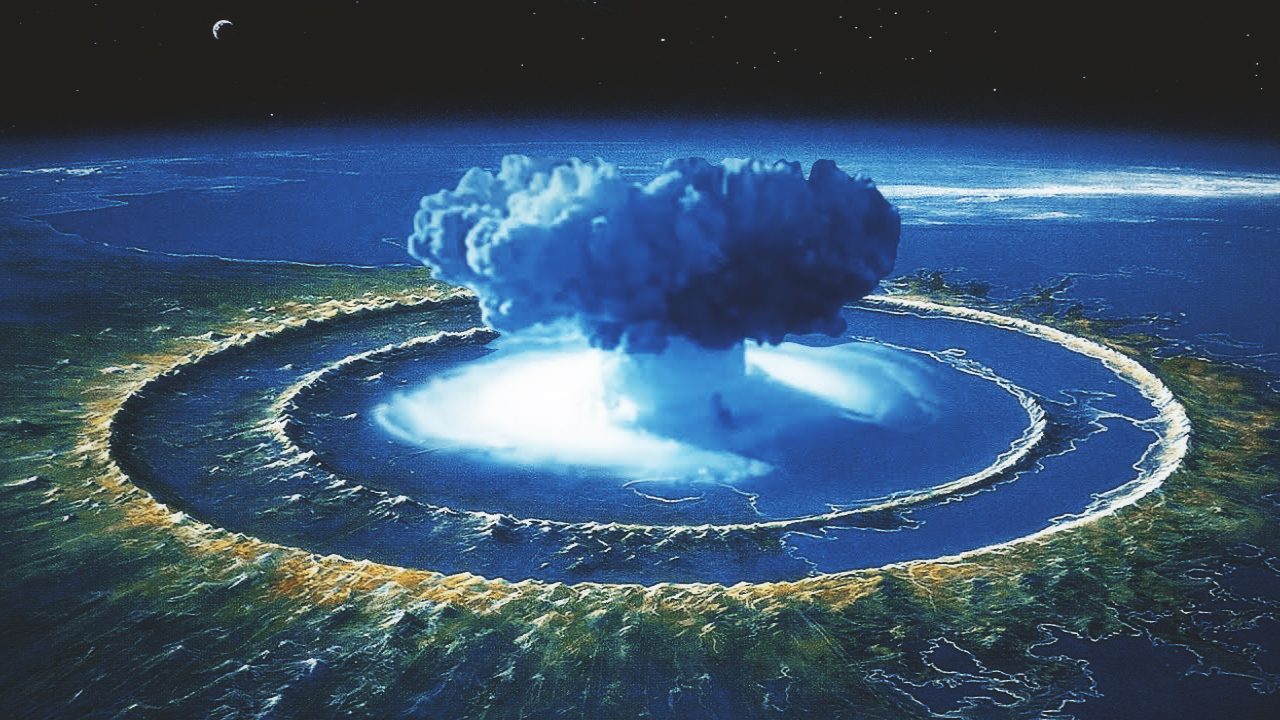 Just how destructive are nuclear weapons? The Kurzgesagt team recently decided to answer that question for an episode of their “In a Nutshell” series. The team consulted a variety of experts to explore various thought experiments about the destructive capabilities of the nuclear arsenals around the world.

According to Ploughshares, “Nine countries in the world possess a total of 14,215 nuclear weapons. The United States and Russia account for 92 percent of them. Since their peak in the mid 1980s, global arsenals have shrunk by over three-fourths. More countries have given up weapons and programs in the past 30 years than have tried to acquire them. The direction is positive, but when you are fleeing a forest fire it is not just direction but speed that matters. “

The following video explores some extreme hypothetical scenarios that could take place if the humans of the world decided to detonate all of their nuclear weapons at once.

There are a few different ways this situation could play out, as the video describes. If the nuclear bombs were detonated at the same time from the places where they are currently being held, it would likely be an extinction level event for humanity and most other living creatures on earth. However, if all of the bombs were rounded up and taken to the same place before detonation, humans would live through it, but we would have created an ecological disaster.

The video describes a scenario where all of the countries of the world bring their nuclear weapons together to detonate them in the middle of the Amazon rainforest. The scientists who were consulted predicted that there would be a massive blast that would wipe out the entire rainforest and cause significant environmental problems for the whole of South America, and especially Brazil.

The team that created the video above explain their process on their sources page, saying that, “Obviously we are lucky nobody has ever tried something this crazy and devastating. Unfortunately for our video though, this limited the data we could use to calculate the consequences of our big pile of bombs. So we just went through the available papers and did our own calculations. Or rather, we got a few physicists who were kind enough to calculate, fact check and discuss the results.

Our experts had different approaches and sometimes they came up with different results. So we had a lot of open discussions and arguments. In the end, we decided together which data sets we would use and why. Doing things like this means that if you were to redo all of our calculations, if you start with a different set of assumptions than we did, you might get a different result. And this is ok, calculating ridiculous stuff like this is not an exact science. In the end, on the scales we discuss here, the differences are not as relevant as they would be in other videos. It’s not that important if we all die 1000 times or only 995 times. Or even 1300 times. In the end there is a really big, radioactive explosion.”

While the scenarios in the video are unlikely, they do give some insight into the pure destruction that can be caused by this technology, and it shows the danger that these devices pose to humankind and the planet earth.

We are currently living in a time of tense hostilities between large nuclear powers, so a nightmare scenario involving nuclear weapons is within the realm of possibility.

Just this week it was reported by the New York Times that “President Vladimir V. Putin on Monday formally suspended Russia’s observance of a key nuclear arms treaty that the United States withdrew from last month, setting the stage for the return of a long-banned class of weapons”

Last month, Snopes confirmed an Associated Press story in which a top Russian Official, Deputy Foreign Minister Sergei Ryabkov blamed the United States for the lack of diplomacy between the two super powers. The report indicated that Ryabkov said the U.S. has shown “no readiness or desire” to engage in substantive talks on extending a pact which limits each country to no more than 1,550 deployed nuclear warheads and 700 deployed missiles and bombers.

In the snowy, white region of Northern Norway’s mountains, an extremely rare white baby reindeer was captured in photos recently. The vividly white reindeer wasn’t shy about heading straight over to the camera for some pictures. The reindeer isn’t technically albino, because there is some dark coloring on the creature’s antlers, but it might as…

[YNW] British politician George Galloway has warned Donald Trump the American deep state is engaged in a “soft coup d’etat” and the CIA is planning to a*sassinate him. “There is a clear and present danger on his life. If I were him, I wouldn’t be going near any grassy knolls. I wouldn’t be on any motorcades…