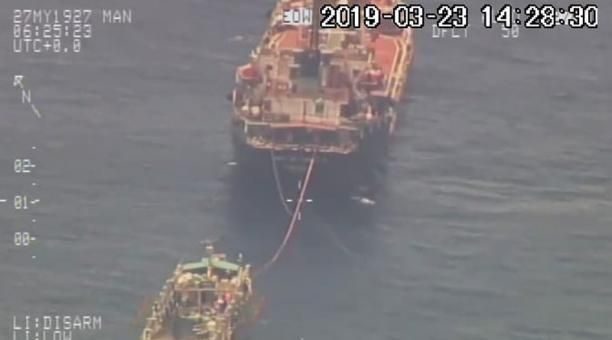 Recent reports have indicated that a gigantic fleet of Chinese fishing boats is currently devastating an area in the Galapagos region known as the Galapagos Conservation Zone. The boats are harvesting a large volume of exotic fish and sharks in protected waters.

The Galapagos Islands are roughly 1,000 km, or 620 miles, west of Ecuador’s Pacific coast.

It is said that there are at least 245 ships in the fleet, and they are scouring the waters near the Galapagos Islands for all the fish they can find.

Sources have reported that the National Navy has been observing this activity for months, but they can do nothing to prevent it. That is why the National Navy has recently begun advocating for international legislation which would prohibit fishing in these areas. The fishing expeditions have taken place just two miles outside of the borders of a protected zone, but the fish obviously swim back and forth across that line. 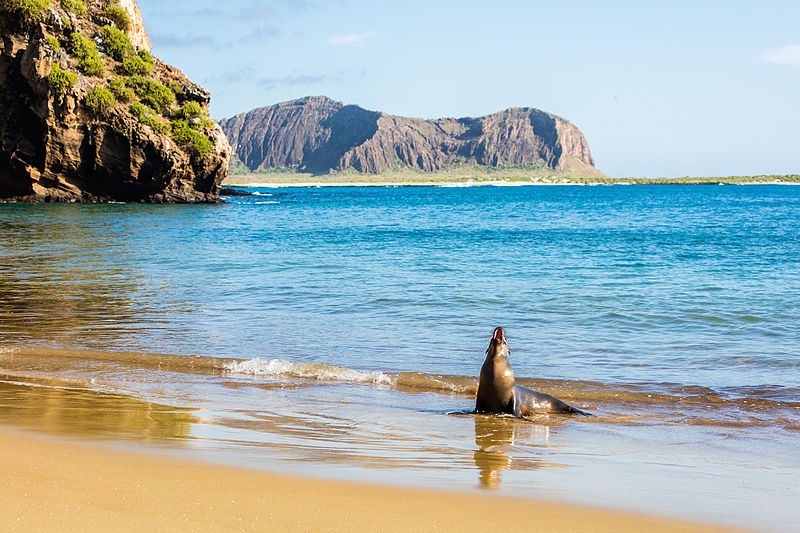 Darwin Jarrín Cisneros, Commander of the Navy, explained that Ecuadorian ships are also assisting in the effort by supplying the Chinese fishing boats with fuel.

“That was indeed a surprise, because it is a ship under Ecuadorian flag, ‘María del Carmen 4’, which has participated in the procurement operations,” he said.

“It is a predatory fleet of the seas. We have assembled task forces composed of warships, auxiliary ships, submarines, coastguard boats, aircraft and all components of the Marine Corps,” he added.

The protected area of the Galapagos has been a hot bed of conflict between China and the local jurisdictions, as fishing boats from China insist on hunting in these waters.

In 2017, 20 Chinese fishermen were sentenced to up to four years in prison by an Ecuadorian judge, for the crime of illegally fishing off the Galapagos Islands. The fishermen were caught with a staggering 6,600 sharks.

“Not necessarily all of the catch came from the marine reserve, but the fact that it included young sharks, even baby sharks, indicates that they could have been caught inside the reserve,” Ecuador’s environment minister Tarsicio Granizo said. 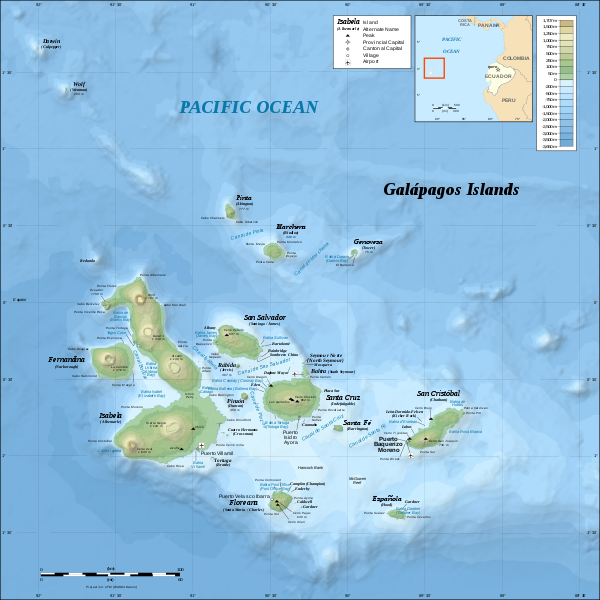 “The Chinese-flagged ship Fu Yuan Yu Leng 999 was apprehended with some 300 tonnes of near-extinct or endangered species, including hammerhead sharks. The crew received jail time of between one and four years. They were also fined a total of $5.9 million. Ecuador’s foreign ministry said it had sent a formal protest to China over the presence of ships near the Galapagos, which inspired British naturalist Charles Darwin’s theory of evolution,” Reuters reported.

The Chinese government has insisted that these practices are unauthorized and considered illegal by the government.

According to one study highlighted by The Washington Post, about a half million sharks were killed in Ecuadoran waters every single year between the years of 1979 and 2004.

Daniel Pauly, a University of British Columbia marine biologist and fisheries professor, who has been studying the region for 20 years, says that the Sharks are the key to the ecosystem.

“Sharks control the populations of medium-sized animals from taking over and eating everything that moves. Without sharks, there would be no Galapagos,” Pauly said. 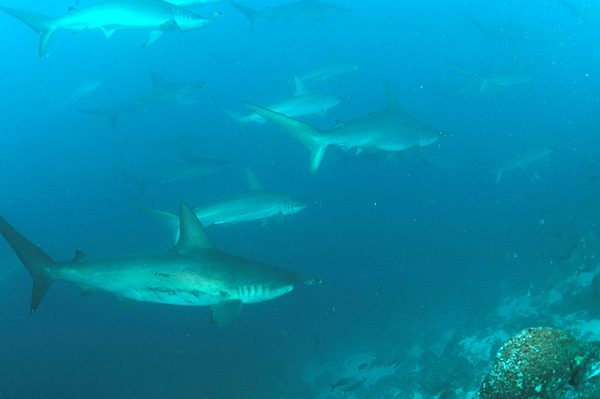 “We tell people not to exploit the place, but there are too many resources around. At some point, the place will be so degraded that the islands will not even work for tourism,” he added.

A 2015 study by National Geographic and the University of California calculated that the average lifetime value of a live Galapagos shark to tourism is $5.4 million. One shark on average generates about $34,000 a year from single day dive tours alone.

Oswaldo Rosero, a former Ecuadoran naval officer says that the Chinese boats evade authorities by not turning on their tracking systems.

“When the Fu Yuan Yu Leng crisis happened, they had no boats available, so they had to call the Coast Guard. It was lucky we caught them,” he says, in reference to the large 2017 arrest of 20 Chinese fishermen.

“There are more than 600 Chinese ships from Costa Rica to Chile on a permanent basis out there,” he added.