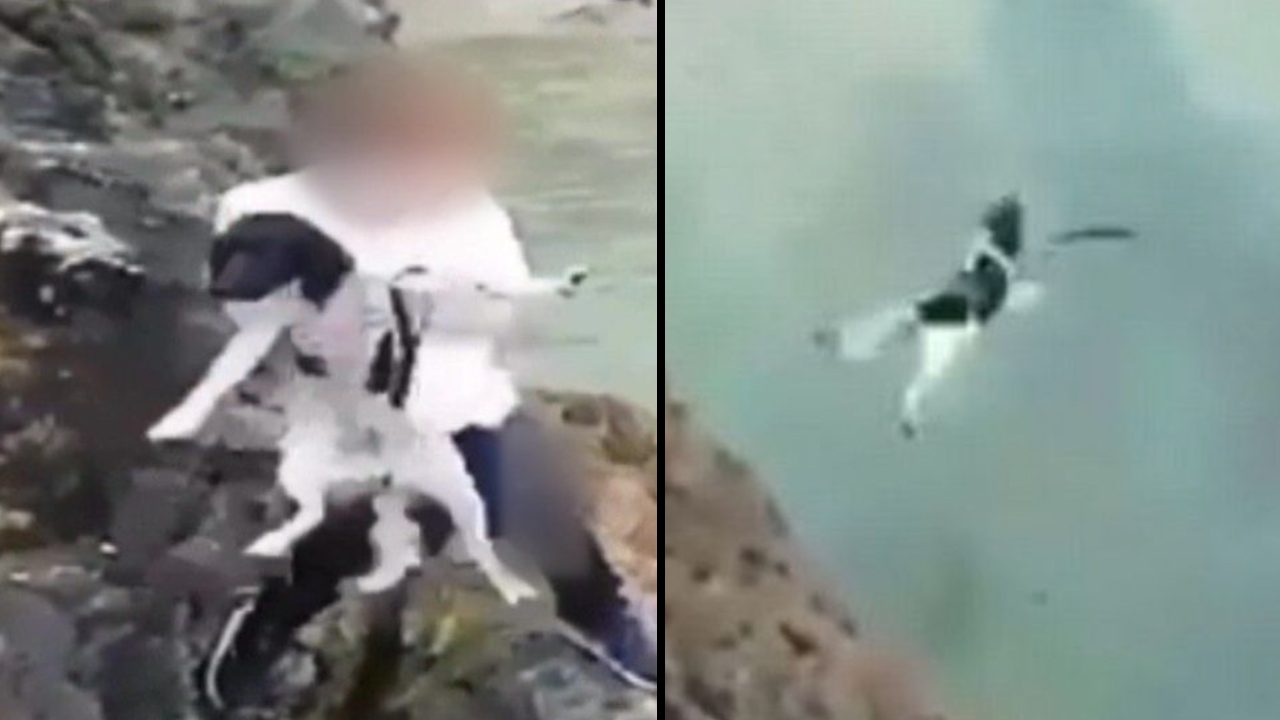 Police officers and animal rights activists in Falmouth, Cornwall, are attempting to track down a man who was recorded throwing a dog into the sea, from a very high cliff. Falmouth Police say that the man is likely guilty of animal cruelty after a viral online video showed the terrible act this week. The person in the video can be heard laughing maniacally, as the poor animal is tossed into a life threatening situation. The suspect appears to be a teenager.

In the video, the helpless dog can be seen flailing around in the air before splashing into the water. Luckily, the dog made a decent landing and was able to swim back to shore. It was first reported that the dog broke its back and had to be put down, however, police have confirmed that the animal is in good shape and has been seen by a vet.

“Police are investigating a report of concern for the welfare of an animal in Falmouth on the afternoon of Wednesday, May 1. This relates to a dog being thrown into the sea. The dog has been checked over and is uninjured. The investigation is ongoing and enquiries are continuing,” a statement from police said.

Naturally, online commenters were horrified by what they saw in the video and many of them made threats on social media about what they would do to the suspect if they found him. However, Falmouth Police have cautioned potential vigilantes against taking matters into their own hands.

“We ask that people, including users of social media, do not speculate around the circumstances of this incident, or the individual involved. We are aware of threats that have been made online and would urge members of the public to leave this investigation with the police, and not to take the law into their own hands,” a Falmouth Police spokesperson said.

However, people still didn’t seem to trust the law to handle this problem, mainly because the laws for animal cruelty are so lenient.

“The problem is that even if you catch the people responsible nothing will be done. The laws are way too lenient on animal abusers, and will get away with this time and again!” one angry commenter Tweeted.

“Well do your job well and seek the maximum punishment for the offender. People are tired and frustrated with not seeing any action following these incidents and as such, are liable to take things into their own hands. The dog needs taking off him!” another said.

According to BBC, the United Kingdom was the first country in the world to implement animal protection laws. In 1822, the parliament passed an act that would prevent the cruel treatment of cattle, and this law was eventually extended to other animals. The Protection of Animals Act was replaced with the Animal Welfare Act in England and Wales in 2007, but many argue that the penalties are still light. 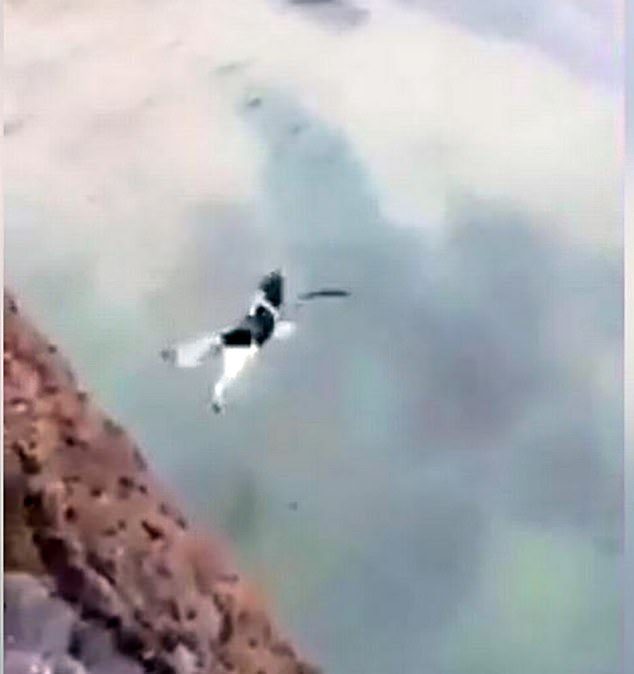 Grainy cell phone footage shows the helpless dog being thrown off a cliff into the water. Police are asking citizens not to take the law into their own hands / Photo Credit: Facebook Screenshot

Still, people who are found guilty under the new laws could face up to five years in prison.

Environment Secretary Michael Gove said that the country’s government is working hard to bring animal abusers to justice, and see that they have a sizeable sentence that will hopefully deter them from committing acts of violence.

“We are a nation of animals lovers and so we must ensure that those who commit the most shocking cruelty towards animals face suitably tough punishments. These plans will give courts the tools they have requested to deal with the most abhorrent acts,” Gove said.

“We now feel that those who commit these acts will soon be receiving sentences that reflect the seriousness of their crime and hope this will act as a real deterrent against cruelty and neglect,” he added.

Last year, the Royal Society for the Prevention of Cruelty to Animals (RSPCA), investigated more than 130,000 cases of alleged cruelty and convicted 1,678 animal abusers.

Warning, the video of this animal cruelty incident may be very disturbing for some viewers.